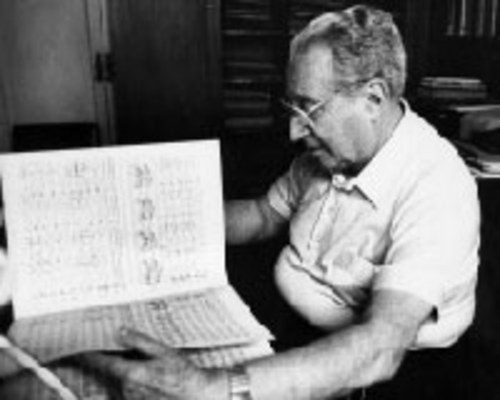 He had two brothers, one named Verdi, the other Rossine, so it isn’t surprising that his parents had musical ambitions for Mozart Guarnieri. In an act of self effacement (and probably to ward off unkind comments) he changed his name to M.Camargo Guarnieri (Camargo was his mother’s maiden name, and M. stands, of course, for Mozart).
He is arguably the most important Brazilian composer after Heitor Villa-Lobos having written 6 symphonies, 6 piano concertos and many chamber works. 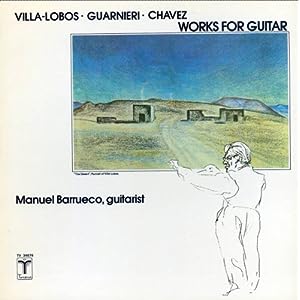 No.1 beautifully on an early recording.
This piece was dedicated to Isaias Savio, genial educator and performer. At that time Guarnieri had already composed Ponteio (1944) and Valsa Chôro (1954) for guitar solo.
Incidentally the Antologia is well worth getting hold of, as it contains, amongst other things original guitar pieces by Auric (one of Les Six), Poulenc, Petrassi, Sauget and Rodrigo.

I was reminded of the composer when chatting to Fabio Zanon at West Dean this year, and have come across some other works and arrangements of his, which give a fairly rounded view of this important Brazilian composer’s work.

Choro for piano and orchestra

Concerto for strings and percussion