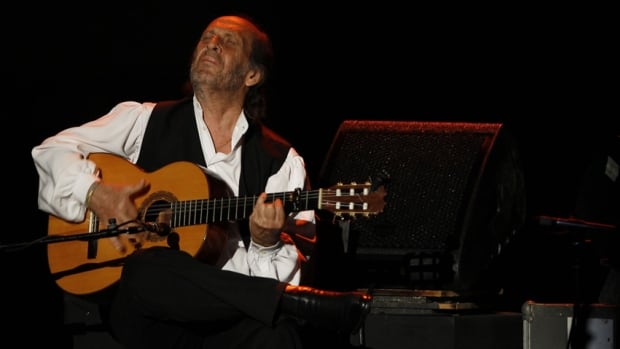 End of an era with the death at age 66 of this genius and giant of the guitar, an inspiration to so many. Rest in peace, Maestro!

El País reports
“The city of Algeciras has decreed three days of mourning and will assist the family in bringing the body home.

De Lucía was a globally admired artist who won the 2004 Prince of Asturias Award for his tireless exploration of the possibilities of flamenco. He will also be remembered for his association with the late flamenco singer Camarón de la Isla during the 1960s and 70s.

The musician had been living in Palma de Mallorca for several years, although he also spent periods in Cuba and the Yucatán peninsula in Mexico. Those who knew him back in Mallorca say he had been less keen about playing the guitar of late. De Lucía preferred to spend time with regular people rather than join intellectual and artistic circles. He also devoted a lot of his time to his two young children.”

The piece which started it all