This guitar is named “Celine” and has a very beautiful back and sides made from bird’s eye maple. It was donated by Earl and its case was donated by Hiscox Cases.
The surprise winner was…

Alison Bendy (!!!), who virtually skipped up the aisle of the church in the interval of Johannes Moller’s concert, which was another wonderfully crafted affair of great beauty – I had already heard some of the programme twice this summer (especially the Indian inspired pieces), and each subsequent hearing was more special than the last.
Earl was especially delighted that Alison won the guitar (in his words he was “well chuffed”) and the amount of jumping up and down was only interrupted by the resumption of the concert! 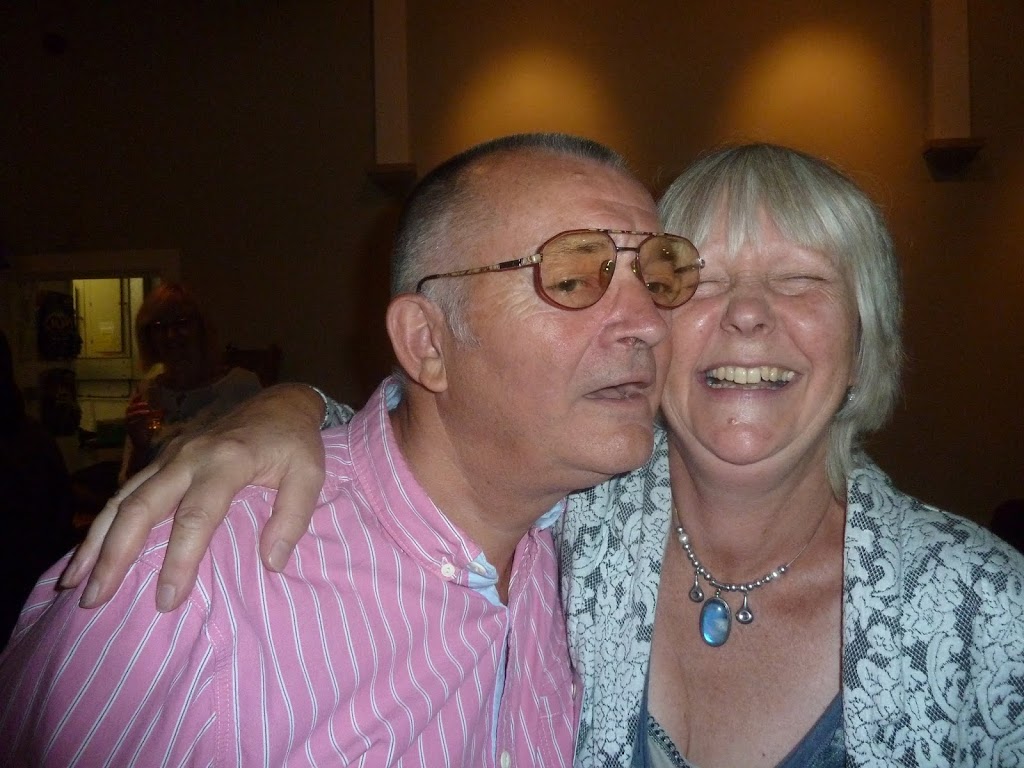 Alison was equally delighted and played the guitar in her solo during the final concert at West Dean.
Drinks all round, then…
Thank you Earl! 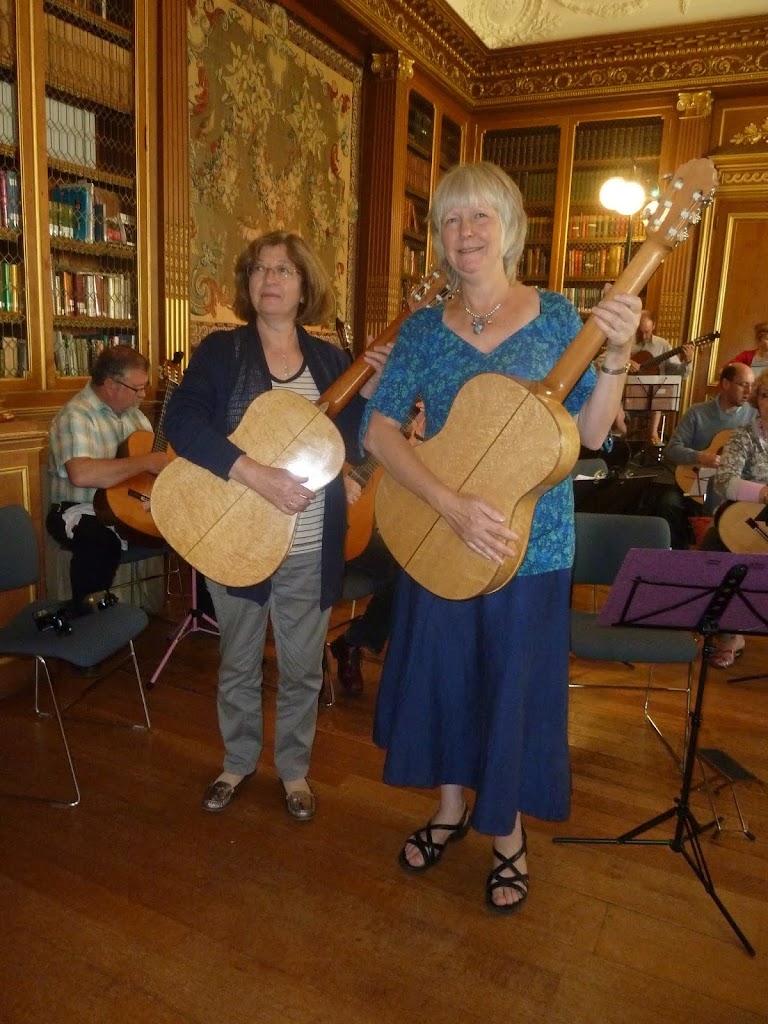 Sisters (the guitars, that is). Sue Hull and Alison Bendy show off their Earl Marsh bird’s eye maple guitars