Just a bit of history – the Huddersfield Contemporary Music Festival used to have composition competitions, and the year I played there, the compositions were all for guitar.

The thing is, not all entries were in until the week before, and I had to play them all – some at sight. This was an entertaining experience and pieces ranged from graphic scores to pieces which were purposely impossible!

Anyway, here is a review from Classical Guitar magazine such as it was in those days (when it was published in the UK).
As well as the winning entries, I played ‘Nasiye’, written for me by Michael Finnissy, ‘Monogram’ by Gilbert Biberian (I gave the first performance in the Wigmore Hall), Tippett’s ‘The Blue Guitar’ and ‘Parabola’ and ‘Decameron Negro’ by Leo Brouwer.

That was just for starters (just kidding). The audience was large and appreciative unlike my earlier concert which  I played at a nearby Guitar Society a few days before and was met with a prize comment from the secretary – “That was OK, Gerald, but I was hoping you would play ‘Recuerdos'”!

Here is the text of the review – the pdf is below

‘A contemporary music festival? In Huddersfield?’, a colleague asked, frowning deeply.
Admittedly he wasn’t a new music buff, but that comment demonstrates well enough the general reaction by musicians to developments in the music of their own age, as well as to the all- too-familiar clichéd images of Northern industrial towns and cities, perpetuated by
numerous jokes and snide asides.

Since its modest inception in 1978, however, the annual Huddersfield Contemporary Music Festival has ‘taken off’ to a degree hardly envisaged in the early days by its Artistic
Director, Richard Steinitz, a lecturer in the music department at the Polytechnic. Indeed,
within the last few years and despite quite heavy financial difficulties, Huddersfields’ annual gathering now very much bears all the hallmarks of enlightened, stimulating
programme planning and excellence of execution that makes it in many areas a serious challenger to the major European festivals of new music such as the Venice Biennale, Royan, ISCM, etc as well as those promoted through or via college campuses in the
United States. This international quality and ambience was reinforced at the last, 1985, festival by the presence of leading Italian figures of the eminence of Berio, Aldo Clementi, Salvatore Sciarrino (the latter two names relatively new to British audiences), Bussoti, Donatoni plus the ltalian- influenced Englishman Bernard Rands, now resident in Boston, Mass. Jonathan Harvey and Michael Finnissy completed the list of featured composers
who during the eight days of intense activity (19-27 November) talked informally about prospective performances of their pieces, directed student workshops, adjudicated and were on hand generally to give advice and point the way forward.

An incidental aspect of the 1985 festival was the presence of the ‘Oxford connection’ in the form of guitarists Gerald Garcia, David Harvey, ex-Abingdon composer Jeremy Pike plus the present writer who travelled up from Oxford with Gerald Garcia and pretty well, in the words of the late Philip Larkin ‘. . . waking at the fumes/And furnace-glares of Sheffield where I changed/And eat an awful pie . .  although not so many furnaces these days and
more of a stale BR sandwich than a pie .

Gerald Garcia was invited to Huddersfield in a twofold context: giving an open guitar workshop on pieces submitted for the Yorkshire Arts Association Young Composers Competition, plus a late-night recital held in the Huddersfield Art Gallery and sponsored by W. H. Smith.

At the risk of preaching to the converted, the following points are perhaps worth restating.
Until Julian Breams’ policy and, indeed, advocacy of commissioning new works from leading composers expressly for the solo guitar, this most subtle and intimate of solo instruments went neglected and unsung as far as new pieces were concerned (see Classical Guitar, Feb/March 1986). Since the major mid-Sixties landmark of Britten’s Nocturnal and the subsequent flow of works from established figures such as Walton, Henze, Maxwell Davies, Richard Rodney Bennett and, most recently and importantly, Sir Michael Tippett and Elliott Carter (‘Changes’ for David Starobin), at long last the guitar is
now being seen by living composers as a viable instrument for which to write, as well as a challenge to produce music which is still recognisably composer X’s while being ready and willing to respond to the technical, syntactical idiosyncrasies of the guitar. Perhaps above all, new music for the guitar is now taken seriously and no longer (thank God) relegated to the fourth division of so-called aesthetical ‘good taste’.

Here is some of the concert which the National Youth Guitar Ensemble gave at Easter in the Church of St John the Evangelist in Oxford –
Leo Brouwer, Gary Ryan, Shingo Fujii 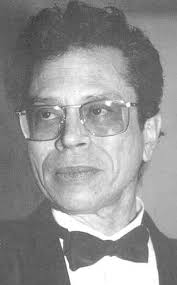 Must be Christmas soon! Thank you selftaughtgirl