Here is an interesting story:
Granados, born in 1867, composed “Maria del Carmen” in 1898, the year Spain and the United States went to war. It premiered in Madrid to such acclaim that Queen Maria Cristina awarded Granados the Charles III Cross for his work. The opera — a love triangle set in a Spanish village in the region of Murcia — was later revised for subsequent productions, but was never performed in its original version again.

In 1938, one of Granados’ sons sold the original opera to a prominent New York musician and publisher for $300 to raise money for the Republican cause in the Spanish Civil War. Other family members wanted it returned. The question of ownership remained the subject of litigation for decades until 1970 when the opera was reported destroyed in a warehouse fire in New York.

Walter Clark, professor of music and director of The Center for Iberian and Latin American Music at the University of California, Riverside, who came upon the opera while researching material for his biography, “Enrique Granados, Poet of the Piano” , was obsessed by it for years. After wondering if it was really destroyed contacted the grandson of the man who had purchased ‘Maria’ and finally found it. Clark, incidentally, is a guitarist who plays Granados on the guitar.

“No one has heard this performed since 1899,” Clark said. “It is being published now by Tritó, the same company that will record it. It will be performed in various places in Spain next year, and I will be there. This is a 20-year detective story with a happy ending.” “There is a well-worn saying: practice makes perfect. I don’t believe this, at least in reference to playing the piano: abstract “perfection” is rarely what we seek; but good practising makes it more likely that we will give a good performance. Its attention, its concentration, its tightening of the screws enable the concert experience to take wing in freedom.”

The following article by Stephen Hough appears in the November/December issue of International Piano magazine. For full, free access to the other articles in that issue see here. It is reprinted in the Daily Telegraph’s music column.

More on the BBC website – Thanks to Oren Myers for this

END_OF_DOCUMENT_TOKEN_TO_BE_REPLACED

“…wanting to restore to music its historical framework is like dressing an adult in an adolescent’s clothes. This might have a certain charm in the context of a historical reconstruction, yet is of no interest to those other than lovers of dead leaves or the collectors of old pipes”

“Music has to live under our fingers, under our eyes, in our hearts and in our brains with all that we, the living, can offer it.” 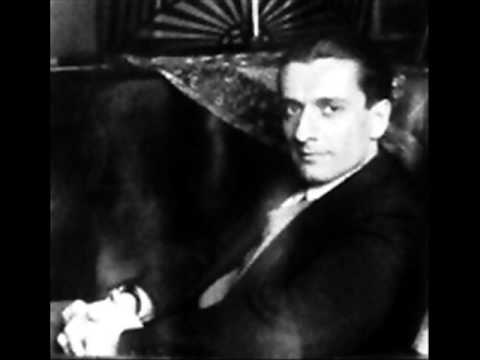 Dinu Lipatti was a consummate artist whose playing was sublime.
As usual, the critics are limited by their own shortsightedness and  inadequacies. This essay explains why it is important to play music in our time even if it not of our time, and how striving for  authenticity can strangle creativity in performance.

END_OF_DOCUMENT_TOKEN_TO_BE_REPLACED

This is a bit late, but Steve Goss, guitar composer hero has a performance of his Triple Concerto for Sax, Cello, Piano and Orchestra tomorrow at the Cadogan Hall, London SW1x 9DQ.
It is written for the Orpheus Sinfonia, of which he has been composer-in-residence and this concert also features Beethoven’s 9th.
END_OF_DOCUMENT_TOKEN_TO_BE_REPLACED

In a moment of weakness I once bought a CD entitled “The Ultimate Classical Album”.As well as the usual classics like Rachmaninoff’s Concerto,  a smattering of Satie Gymnopédies and Vivaldi’s Four Seasons (well, one season actually), I was surprised to find that 3 out of the 4 CDs contained music by Max Steiner, Thomas Newman, John Barry, James Horner and other names not that familiar to classical listeners – in other words film music. END_OF_DOCUMENT_TOKEN_TO_BE_REPLACED