Sean came to the shed to play a preview of his Aldeburgh concert and CD recording last year. His programme was interesting as usual, starting with Forlorn Hope by Dowland and ending with Nocturnal by Britten, with Malcolm Arnold and Walton in between.

I had the chance to talk to him about his work as a New Generation artist with BBC radio 3, his attitude to competitions, and his idea of a good programme .
This was a welcome opportunity to catch up with Sean, whom I have known since he was a 13 year old in NYGE.
I was also present at his outstanding performance in London when he won the Royal Overseas League competition, ahead of an oboist, a singer and a pianist.

Here is a link to his Youtube channel where he shares his often individual view on the world and some fine performances, and here is our interview in the shed. Shed of the Year: Finalists revealed

A pub which holds 60 people, a stunning summerhouse and a giant teapot are among the front runners to win Shed of the Year.

More than 20,000 members of the public then voted for their favourites in eight separate categories, with each winner going through to the grand final on August 7.
The categories were eco shed, pub shed, garden office, Cabin/Summerhouse, unique, workshop/studio, Tardis and normal sheds.

Shame I was too late to enter.

Will McNicol is a seriously gifted guitarist who playas and writes his own material. His concerts often include music by other musicians such as Thomas Leeb.
I gave him a couple of lessons when he was preparing for his Fellowship of Trinity College in London, where he was playing Bach’s Chaconne and Sor’s Sonata Op.25.
I was amazed with the facility with which he turned to playing steel string guitar, and the acoustic guitar is now his main instrument.
Will’s playing has won him numerous awards, most recently being Guitarist Magazine’s coveted UK Acoustic Guitarist of the Year 2011, held at London’s Southbank Centre.
Recently, I was lucky enough that he came and played in the shed – we had an evening of beautiful music and a great party afterwards! It was particularly gratifying that his first teacher, Maurice Albin was present,beaming in the front row.
Here is an interview with Will after that occasion, followed by a couple of candid videos.
END_OF_DOCUMENT_TOKEN_TO_BE_REPLACED 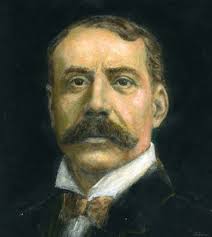 END_OF_DOCUMENT_TOKEN_TO_BE_REPLACED

The alternative performing space I like best is Goldberg’s room next door to his boss Count Kaiserling. The Count was an insomniac and used to get Goldberg to play the clavichord to while away the night – no iPod or TV!
I often wonder how Goldberg must have spent his day and when he had time to practise! Of course, this would all have been a footnote in history if Forkel, Bach’s biographer had not written that Count Kaiserling had commissioned old Bach to write his eponymous set of variations for Goldberg. The Count was reported to have said, frequently  ‘Dear Goldberg, do play me one of my variations.’

A few years back, where would you have been able to listen to the following guitarists in a more or less regular series for free? Xue Fei Yang, Johannes Moller, David Leisner, Alison Smith, the Eden Stell Duo, Gerald Garcia and Alison Bendy?